A ROUNDUP THROUGH CHARMING OLD-FASHIONED CARS IN RACE FOR THE WELL-KNOWN ANNUAL VETERAN CAR RUN AND THE CONCOURS D’ELEGANCE, WHICH ARE THE MOST COVETED AWARDS. 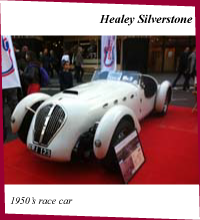 November in London and Brighton is the month of car, in fact, on the occasions of the 10th year of the Regent Street Motor Show and the 118th anniversary of the Bonhams London to Brighton Veteran Car Run, hundred vehicles whizzed through the streets of the capital, down to the south of England’s until overlooking the sea of an ancient fishing village, which has become one of the largest English town. 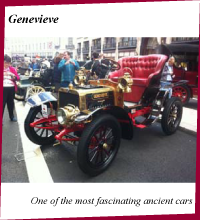 Surprisingly, an eerie shark peeps out through Humberettes, Westfields, Cadillacs and Porsche, and other wonderful veteran and modern cars. Morgan’s shark car could easily be the mascot of the car’s event, which was full of chic ancient roadsters that were protagonist of the penultimate month of the year. Annually, Regent Street makes a stage with tens of vehicles which are highly appreciated by thousands of lovers of the four wheels. Furthermore, this season there were some roaring bikes running up and down the road. 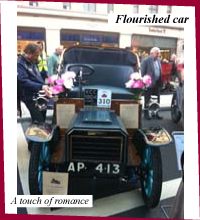 Moreover, every first Sunday of November starts nearby Buckingham Palace from Hyde Park Corner, the annual Bonhams London to Brighton Veteran Car Run – which is announced and anticipated by the Motor Show falling the day before -the Uk’s parade of the symbols of the golden time of aristocracy. Indeed, the drivers and passengers wear appropriate dresses of the past and are equipped with antique accessories to symbolise the veteran era. As a matter of fact, if the match between car and driver is charming and realistic enough, they can win the Concours d’Equipe, which is part of EFG International Concours d’Elegance.

In conclusion, admiring these vehicles exudes an air of elegance and extravagance which brings fashionable atmosphere of old time, and it is always a considerable experience.